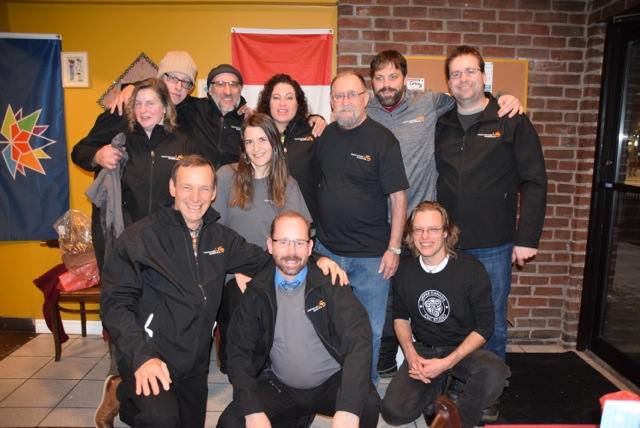 Would you believe that some of the finest artworks and photography on canvas in North America are protected by supports crafted right here in the City of Owen Sound? For over 17 years, the professional woodworkers at Upper Canada Stretchers have engineered and manufactured professional-grade stretcher bars and custom art canvas supports. Today, their products are recognized as the best quality supports available to fine artists, art conservators, galleries and fine art institutions across Canada and the United States.

Cory Trépanier of Caledon, Ontario, turned to the UCS shop to produce a 5.5 x 15 foot canvas stretcher for his oil on canvas, ‘The Great Glacier.’ It had already destroyed a weaker frame and needed to be readied for exhibition around the U.S.

The booth’s walls consisted of six black, screen-like panels with cutouts in the shape of Liberian fishing nets, to complement the African and Middle Eastern symbolism-influenced gilded works of artist Lina Iris Viktor. The exceptional panels were designed and crafted right here at Upper Canada Stretchers, in Owen Sound.

Founded by Bob Nadon in 2001, Upper Canada Stretchers now employs nine people in its 7000 sq ft facility. Visit their website at http://ucsart.com to learn more about this homegrown business with international reach.