A fine artist living and working in Gormley, Ontario, Canada. I see his work of finely crafted paintings displaying the excruciating zen moment beauty he finds in banal fragments of everyday life. Seeing his early work I feel a kind of peace descending, the edge of bliss, and I carry that with me as I walk away, everything coming to me all my surroundings as if still in an Art Gallery. After his transition to a different theme, from cityscapes to exuberant nature closeups, the closest examination possible of the structure of life and light in leaves, for example, I find now he paints with an almost unbearable to witness intensity that lends me the eyes of a butterfly makes me imagine what the butterfly not only is, but sees when it settles on a leaf. His early work, and now his later, seem to me as though the two faces of bliss. one calm, one exuberant.

JOHN WARD was born in Dublin, Ireland, in 1948. In 1965 he started his career at a film studio working as a scenery artist. He arrived in Ontario, Canada, in the early 70’s and now lives and works in the village of Gormley, north of Toronto.

Somewhere Frederick Horsman Varley says…
You have to trust your instinct, trust that it is taking you somewhere that you need to go…

and something about my own instincts has led me to this interview.. a place where I certainly want to be, after seeing some of John’s work online. 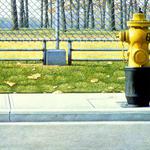 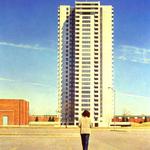 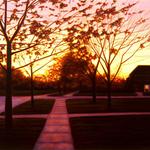 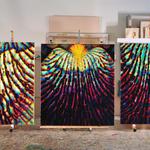 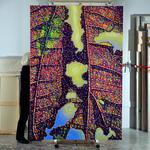 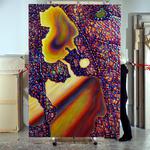 Slideshows and my Interviews with John:

Introduction and How Started

In The Presence of The Art

JOHN WARD was born in Dublin, Ireland, in 1948. In 1965 he started his career at Ireland’s Ardmore Studios, working as a scenery artist during the filming of the First World War epic “The Blue Max”. He went on to work for the theatre in Dublin and for a number of commercial art studios before emigrating to Canada in 1969.

Upon arrival in Toronto he worked briefly as an illustrator, freelancing for most of Canada’s major magazines, before quitting in 1974 to paint full-time. In 1975 he exhibited with The New York Illustrators Society.

In 1993 “Courage to Create”, a documentary about the evolution of his work, was broadcast in Canada on CBC TV. The film outlines the transition from the “urban” subject matter of the 1970’s to his nature-based paintings. Since the late 1980’s his paintings reflect what he calls “Entering Nature”. He lives in the countryside north of Toronto.

A multitude of exhibitions Canada and internationally since 1978. Featured in many publications.