2016 Art Exhibitions In Chicago This Autumn 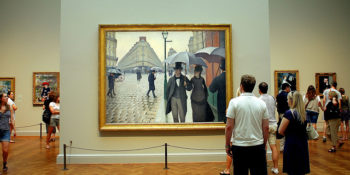 Art can be found everywhere in Chicago, from galleries to museums to public squares and street corners.  These 10 amazing and unique exhibits showing throughout the city this fall have something for everyone from photography, sculptures, interactive art and of course, paintings. The venues are as unique as the art itself featuring the waterfront large scale venue to intimate smaller galleries.